5 Reasons People are Flocking to Nashville

5 Reasons People are Flocking to Nashville 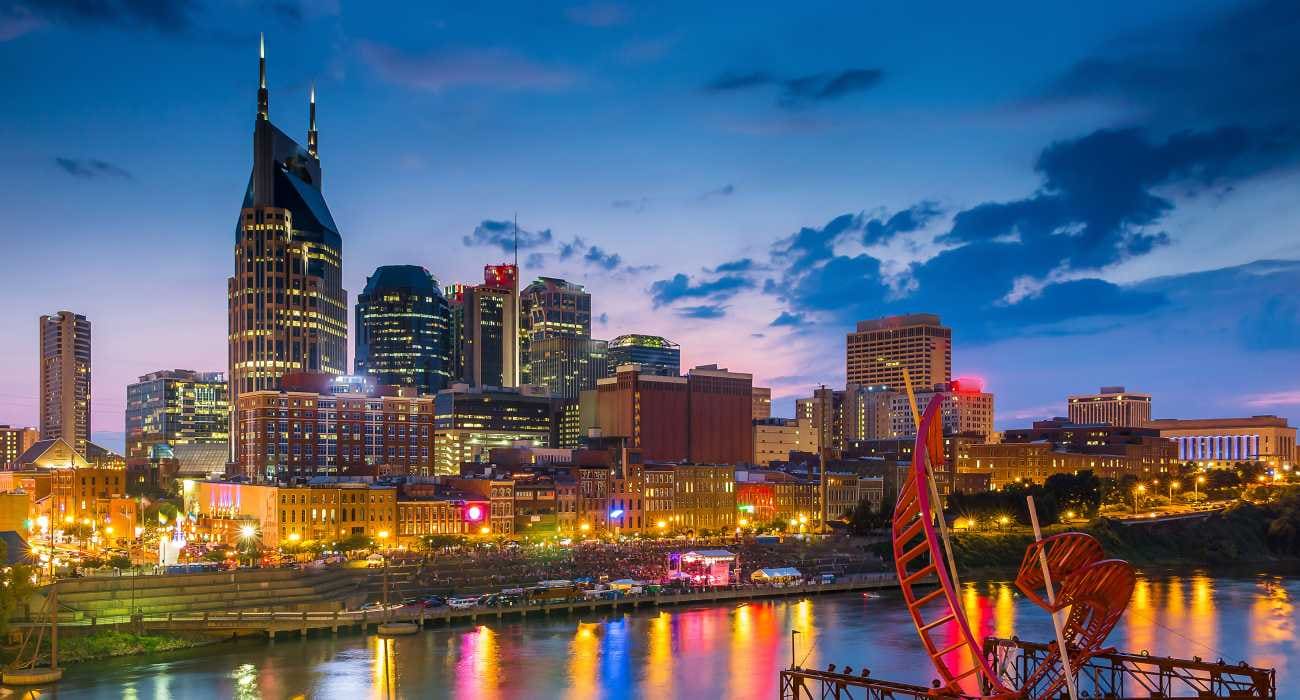 Nashville is becoming an increasingly popular destination for job seekers and home buyers alike. What factors make this Tennessee capital city so appealing?

While Nashville is best known as the hub of country music, you don’t have to be a fan of Garth Brooks, Shania Twain, or Randy Travis to happily call the Tennessee capital city home. In fact, there is a whole lot to love about this dynamic southern community. With all the amenities of a big city, Nashville still maintains the comfortable feeling and unmistakable charm of a small town. It’s easy to navigate, there’s plenty to do, the people are friendly, and the food is famously delicious. And these are just a few of the qualities that have turned Tennessee tourists into full-time Nashville residents at record rates.

​​​​​​​Already a major city, Nashville’s popularity has steadily increased over the course of the past few decades, surpassing Memphis as Tennessee’s most populous city in 2017. That growth shows no sign of slowing—in the last ten years alone, the city’s population has ballooned by more than 2%, year after year. The U.S. Census estimates that Nashville adds an average of 100 new residents to its net population every single day.

​​​​​​​If you’re considering becoming a part of that group in 2020, but aren’t yet 100% sold on making the move to Nashville, continue reading to learn more about why so many people are flocking to The Music City.

The job market in Nashville is also incredibly attractive to potential residents. In 2012, Gallup named Nashville as one of the top 5 regions for job growth. As of June 2019, the unemployment rate in Nashville was only 2.6%, compared to the national average of 3.6%. In the 10+ years since the Great Recession, Tennessee has created nearly half a million jobs with an impressive growth rate of 1.8%, which is larger than the national average.

​​​​​​​Second only to New York City, music production is admittedly one of Nashville’s top industries.

However, businesses, startups, entrepreneurs, and other working professionals from various sectors can find amazing career opportunities in Nashville. Top industries in Nashville include:

Among the major U.S. cities, Nashville consistently ranks among the most affordable in terms of cost of living, especially when compared to major hubs like New York City, San Francisco, and Los Angeles. In fact, the overall cost of living is 3.3% less than the national average. Similarly, groceries, housing prices, rent, utilities, and all the other major components that figure into the cost of living are typically lower in Nashville when compared to the national average.

That said, as Nashville has grown in popularity, and demand to live in the city has increased, the cost of living has also risen incrementally in recent years. According to a recent study by MoveOn.org, the average Nashville resident is spending a total of $2,192.76 per month covering basic necessities like rent, groceries, utilities, and transportation costs.

Considered by Kiplinger to be one of the U.S.’s most tax-friendly states, Tennessee residents do not pay a broad-based state income tax. Instead, only interests and dividends are subject to the state’s limited 2% income tax. This tax is being phased out at a rate of 1% per year, so by 2021, Nashville residents won’t even have to pay that! Property taxes in Tennessee are also relatively reasonable, coming in well below the national average.

Sales and sin taxes, however, are a bit higher than other states. The average combined sales tax rate is 9.47%, while the state’s $1.29 per gallon tax on beer is the highest in the entire nation. However, there are no inheritance or estate taxes in Tennessee. All things considered, Nashville residents should find their tax situation to be amenable when compared to cities in other states.

Whether you’re a longtime resident or just visiting, there is no denying that Nashville is an exciting place to be. With plenty of entertainment options, tons of restaurants, and a rich offering of arts, sports, and other cultural events to enjoy, there is never a shortage of things to do in this vibrant city. Depending on what you’re in the mood for, you’re bound to have multiple options to keep you busy each night of the week.

Music lovers can attend a concert at one of the many venues the city has to offer, from smaller, more intimate spaces like the infamous Bluebird Cafe to larger arenas like Nissan Stadium or the iconic Grand Ole Opry.

Nashville also has a lot to offer sports fans. Football lovers can cheer on the Tennessee Titans from Nissan Stadium. During hockey season, NHL fans can catch a Nashville Predators match at the Bridgestone Arena. As of 2020, Nashville even offers soccer fans a team to support: Nashville Soccer Club began play as a Major League Soccer team earlier this year.

​​​​​​​Festival lovers of all kinds are kept busy in Nashville. The famous 4-day music festival, Bonnaroo, takes place just outside of Nashville at the Great Stage Park in Manchester each June. The Food & Wine Festival takes place annually in Nashville, as does the CMA Music Festival. Beer lovers should feel particularly blessed to call Nashville home, as multiple beer festivals are held in the city each year.

Enjoy the Best of Each Season

Tennessee boasts a pleasant climate, with just a few days each year falling on the very hot or very cold ends of the spectrum. That isn’t to say, however, that Nashville’s weather is 100% consistent throughout the year; this isn’t Los Angeles we’re talking about.

For those of us who enjoy the changing of the seasons, Nashville is an ideal spot to be. In the winter months, temperatures can range from 30-50 degrees Fahrenheit. While you can expect to see some snow days each winter, they are by no means frequent. However, you can expect plenty of rain, which continues into and peaks in the spring months.

During the spring months, daytime temperatures in Nashville can range from 60-80 degrees Fahrenheit. However, this season is also Nashville’s wettest, with the most rain falling in May.

Nashville (and Tennessee in general) has its most intense weather in the summer months. With temperatures ranging from 80-100 degrees Fahrenheit, the intense humidity can make these hot days feel even more stifling. That said, thunderstorms are quite common in the summer months, and can offer some respite from the heat.

​​​​​​​In the fall months, temperatures fall quickly, from around 80 degrees in September down to 60 degrees in November. Nashville really shines in the fall months when the leaves begin to change color, covering the city in lovely yellow, orange, and red hues.

While public transportation in Nashville isn’t the most advanced when compared to major cities like New York, you’ll probably find that making your way around town is a relatively painless process. There are city buses available, as well as a lite rail system, taxis, and rideshare options like Uber and Lyft. In recent years, rentable bikes and electric scooters have become a more popular mode of exploring the city. Rather rely on your own two feet to get around? The downtown area, in particular, is incredibly walkable and easy to navigate.

Without a doubt, one of Nashville’s best assets is its people. Named by Travel & Leisure as America’s Friendliest City in 2019, The Music City is brimming with southern charm and hospitality. Whether you’re only visiting for a short time or have made Nashville your permanent home, you’ll be impressed by the warmth you experience from your fellow neighbors while exploring the city, grabbing a meal, or attending a concert or event.

Don’t wait to learn more about Nashville luxury real estate and nearby Franklin homes for sale! Contact me today for new listings so that you can enjoy the many perks of living in this great city.